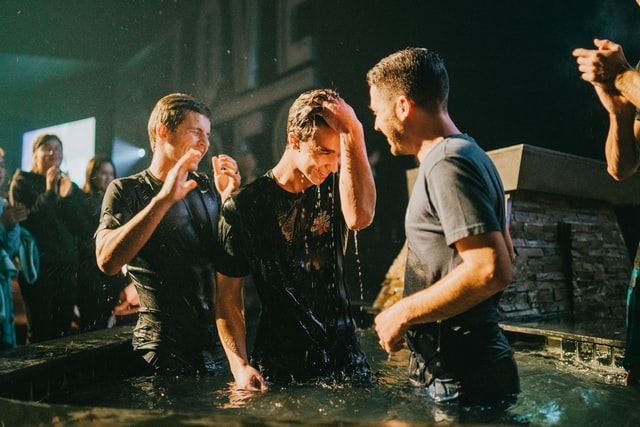 Please join us for this Sunday’s service, that is live-streamed via Youtube.

The mission to go out and to baptize people (peoples), teaching them how to be disciples of Jesus, has become known as The Great Commission. In fact, it became so ‘great’ that for many ’normal believers’ this mission became out of reach. But notice how Jesus meets his disciples in Galilee after his resurrection. That is where they came from, where they knew people, and where people knew them. Coming Sunday we will think about the question how we can disciple people in our own daily lives to become disciples of Jesus Christ. 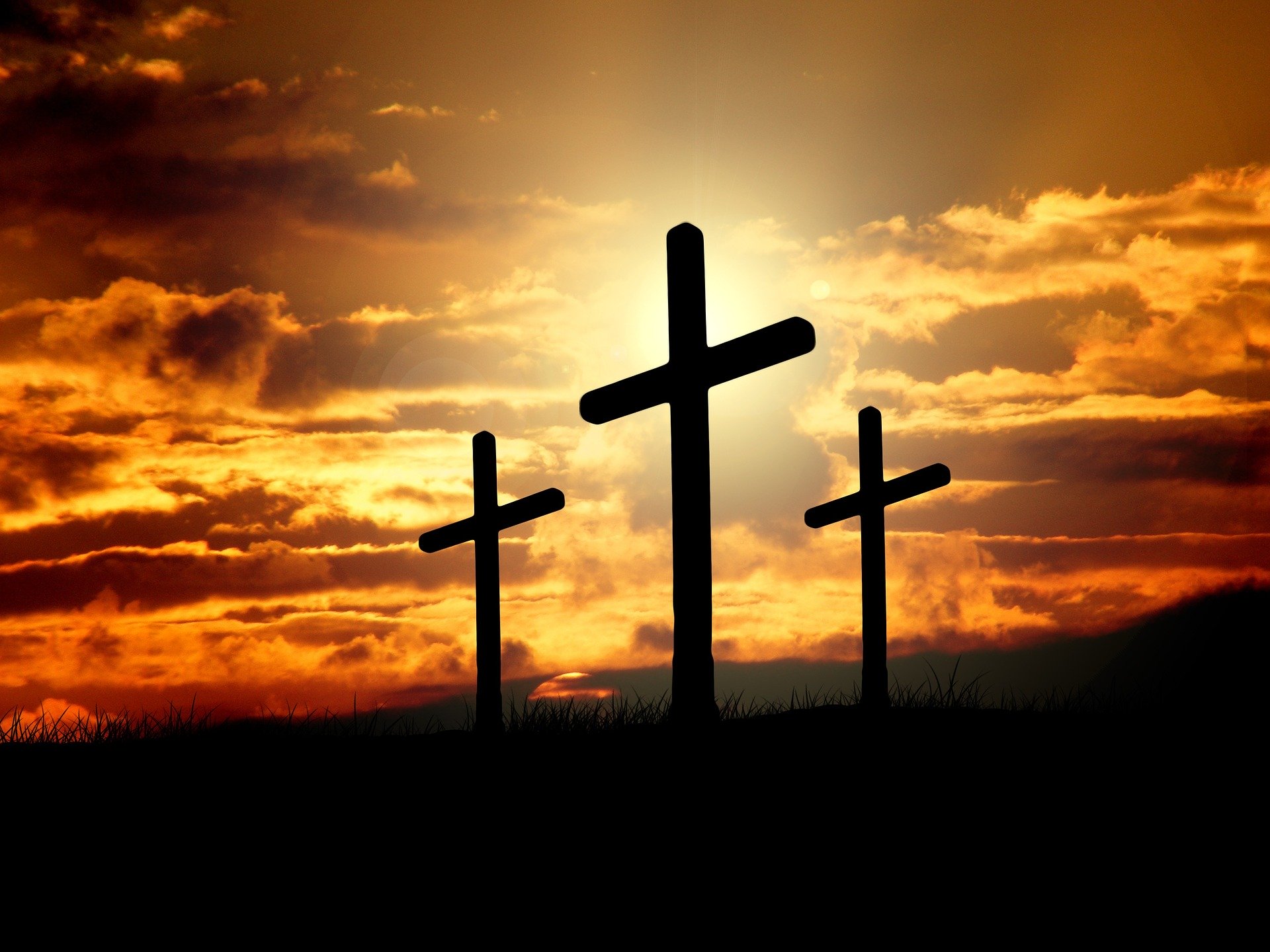 We all need to choose our battles. Jesus chose His’. He conquered sin, devil and death. With Easter we celebrate His ultimate victory. And hear how we can be part of it. And also hear, how Easter is not only about ultimate victory, but also about ultimate defeat. The Bible reading will be Matthew 28:1-15. Please join the Easter service on Sunday, starting 12.30h. It will be a live-stream service on YouTube. And… invite as many friends as possible to join you. Idea: connect with each other, while joining the service (e.g. by a Skype or Zoom-meeting and then watch the YouTube livestream and share your screen).

We have celebrated Good Friday in a Zoom-service. If you click on the purple button to the left, you can review pastor Jos’ sermon.

The music will come from the homes of our people, so be ready for a special look into each others lives!

Join us for this Sunday Service. Due to the Corona-crisis we are broadcasting this service live on YouTube. Join us in this service and interact via the chat. The Scripture reading will be from Matthew 26 : 20 – 46. Now that it is clear that Jesus is the true King – though rejected (ch.21-22) and the promised Prophet – though neglected (ch.23-25), now the new Passover will begin; the climax of all history. Gods anointed Messiah will overcome sin and death for His people to redeem them, to bring them into Gods Kingdom, the real promised land. As the celebration of the Passover meal is together a remembrance and celebration, now Jesus celebrates Passover with His disciples and tells them how through Him they will be part of a new Exodus. They receive the cup of salvation. But… in order to give them, to give us this cup, Jesus will drink our cup. Priests were there to mediate between the people and God. Priests were praying and bringing a sacrifice. Now we see Jesus as the great High priest. Before the greatest sacrifice ever will be brought – the price for our sins, not silver or gold, not blood of animals, but the life of the Messiah himself – the priest goes into the heavenly sanctuary to pray. Praying He becomes one with the will of His Father to obey and to be Himself the first born who will be killed and receive judgement, to make His sheep, His flock free.   Scripture: Matthew 26 : 26 – 46

When evening came, Jesus was reclining at the table with the Twelve. And while they were eating, he said, “Truly I tell you, one of you will betray me.” 22They were very sad and began to say to him one after the other, “Surely you don’t mean me, Lord?” Jesus replied, “The one who has dipped his hand into the bowl with me will betray me. The Son of Man will go just as it is written about him. But woe to that man who betrays the Son of Man! It would be better for him if he had not been born.” Then Judas, the one who would betray him, said, “Surely you don’t mean me, Rabbi?” Jesus answered, “You have said so.” While they were eating, Jesus took bread, and when he had given thanks, he broke it and gave it to his disciples, saying, “Take and eat; this is my body.” Then he took a cup, and when he had given thanks, he gave it to them, saying, “Drink from it, all of you. This is my blood of the covenant, which is poured out for many for the forgiveness of sins. I tell you, I will not drink from this fruit of the vine from now on until that day when I drink it new with you in my Father’s kingdom.” When they had sung a hymn, they went out to the Mount of Olives. Then Jesus told them, “This very night you will all fall away on account of me, for it is written: “ ‘I will strike the shepherd, and the sheep of the flock will be scattered.’ But after I have risen, I will go ahead of you into Galilee.” Peter replied, “Even if all fall away on account of you, I never will.” “Truly I tell you,” Jesus answered, “this very night, before the rooster crows, you will disown me three times.” But Peter declared, “Even if I have to die with you, I will never disown you.” And all the other disciples said the same. Then Jesus went with his disciples to a place called Gethsemane, and he said to them, “Sit here while I go over there and pray.” He took Peter and the two sons of Zebedee along with him, and he began to be sorrowful and troubled. Then he said to them, “My soul is overwhelmed with sorrow to the point of death. Stay here and keep watch with me.” Going a little farther, he fell with his face to the ground and prayed, “My Father, if it is possible, may this cup be taken from me. Yet not as I will, but as you will.” Then he returned to his disciples and found them sleeping. “Couldn’t you men keep watch with me for one hour?” he asked Peter. “Watch and pray so that you will not fall into temptation. The spirit is willing, but the flesh is weak.” He went away a second time and prayed, “My Father, if it is not possible for this cup to be taken away unless I drink it, may your will be done.” When he came back, he again found them sleeping, because their eyes were heavy. So he left them and went away once more and prayed the third time, saying the same thing. Then he returned to the disciples and said to them, “Are you still sleeping and resting? Look, the hour has come, and the Son of Man is delivered into the hands of sinners. Rise! Let us go! Here comes my betrayer!”

When Moses and Aaron started to preach and announce the Kingdom of God – while Pharaoh was king in Egypt, this caused a clash of kingdoms. Whom will you believe? Trust and obey? Doing as Moses and Aaron said (prepare for Exodus, for living as property of Israel’s God) was clashing with what Pharaoh required. Many things would happen, while still in Egypt and when they would travel to the desert to the promised land. Plagues. Enemies. Hunger. Rebellion among Gods own people (people who said: we don’t need to listen to Moses and Aaron any longer). Mighty countries and powers, wanting to destroy the covenant people. The same will all be true for you, says Jesus, as you are my new covenant people. Like David, Gods truly anointed king, who was persecuted for a long time before his kingdom would be established, the followers of the Messiah must face a lot of hardships before the Messiah appears in His glory and before His Kingdom will definitely be established and before all enemies will lie crushed before His feet. Jesus prepares His followers for things to come. However, He also helps them to grasp that God is in complete control and that the worldwide Kingdom will certainly come. Yes, they will face suffering. But their Messiah is with them (Immanuel) in their sufferings. In and through Him we will be able to face hardships and to come through all temptations and crises – like the crises we are facing now. (NB: in Matthew 24:7 the King James Version (an old translation) mentions `pestilences’)

Scripture: Matthew 24:1-14
24 Jesus left the temple and was walking away when his disciples came up to him to call his attention to its buildings. 2 “Do you see all these things?” he asked. “Truly I tell you, not one stone here will be left on another; every one will be thrown down.” 3 As Jesus was sitting on the Mount of Olives, the disciples came to him privately. “Tell us,” they said, “when will this happen, and what will be the sign of your coming and of the end of the age?” 4 Jesus answered: “Watch out that no one deceives you. 5 For many will come in my name, claiming, ‘I am the Messiah,’ and will deceive many. 6 You will hear of wars and rumors of wars, but see to it that you are not alarmed. Such things must happen, but the end is still to come. 7 Nation will rise against nation, and kingdom against kingdom. There will be famines and earthquakes in various places. 8 All these are the beginning of birth pains. 9 “Then you will be handed over to be persecuted and put to death, and you will be hated by all nations because of me. 10 At that time many will turn away from the faith and will betray and hate each other, 11 and many false prophets will appear and deceive many people. 12 Because of the increase of wickedness, the love of most will grow cold, 13 but the one who stands firm to the end will be saved. 14 And this gospel of the kingdom will be preached in the whole world as a testimony to all nations, and then the end will come. 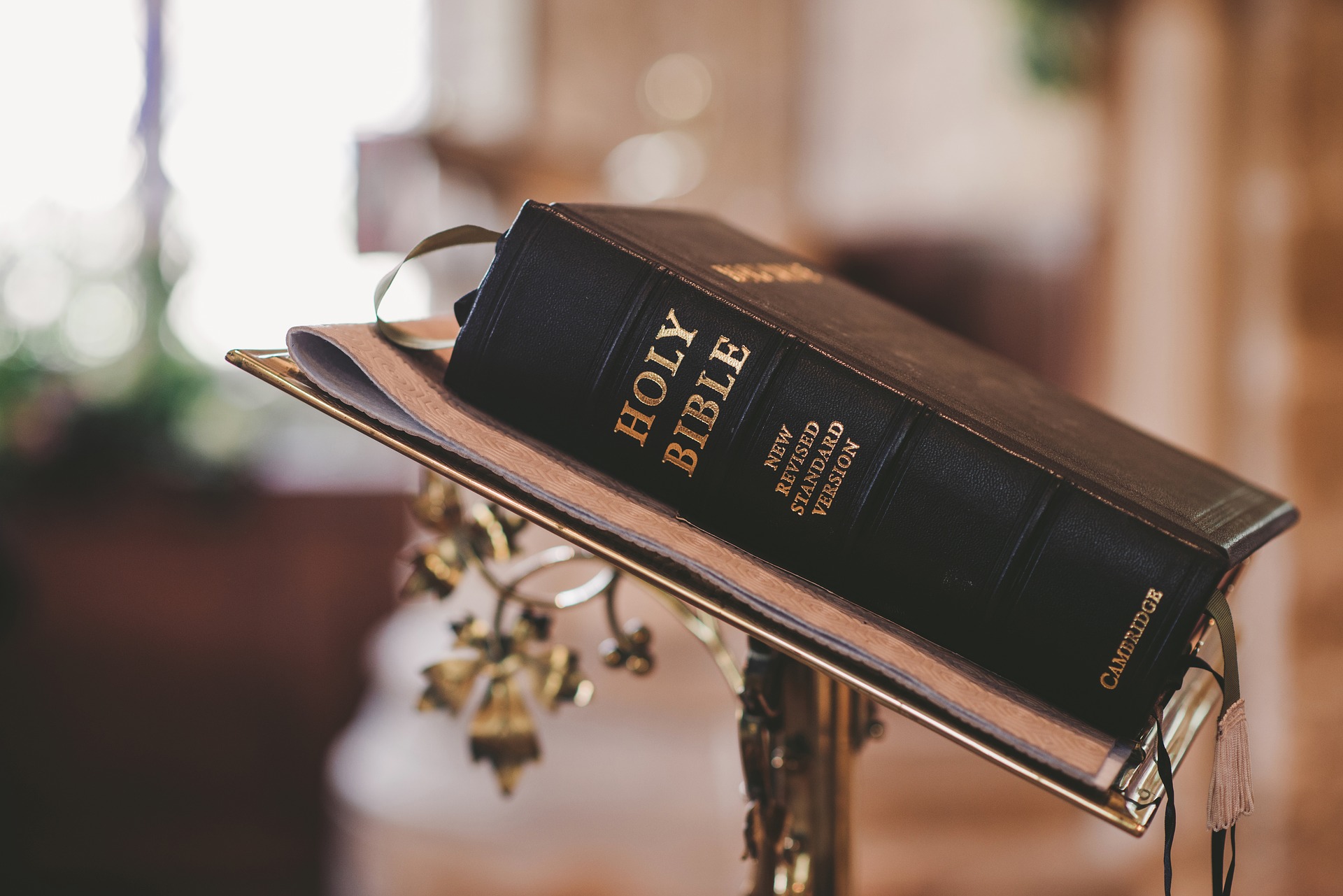 Previous Sunday pastor Hans-Jan prepared a sermon, but due to circumstances he did not deliver his message as intended.

Listen and watch to his sermon here

After delivering his famous sermon on the mount, the big question is: how is this ’new covenant’ going to work in people’s lives? In a series of short stories, Matthew gives us a few exiting examples of what is looks like when Jesus brings the Kingdom into people’s lives. One of those stories is about Matthew’s own calling to follow Jesus. What is your story?